This tour includes access into the Hualapai Nation's area of the Grand Canyon, which offers shuttles to some of the most popular destinations within. Explore lookout points like Eagle Point and Guano Point, watch Native American cultural dances and performances, wander through a recreation of a Wild West Town, and more! 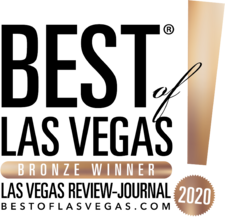 Grand Canyon Scenic Airlines is proud to offer a unique tour that allows you to explore the West Rim by air and then by ground - a once-in-a-lifetime experience! This trip is designed for visitors who are already at Grand Canyon West and want to make the most of their canyon adventure. Your flight begins with a departure from the Grand Canyon West Airport. From the air, you’ll enjoy astounding views above Eagle Point, the glass-bottomed Skywalk bridge, Guano Point, and other areas of interest within the West Rim of the canyon. In-flight narration will provide interesting facts about the geology and history of the Grand Canyon.

Upon return to the air terminal, you’ll continue sightseeing aboard an air-conditioned motorcoach for a self-guided ground tour of Grand Canyon West. Watch a thrilling recreation of a cowboy gunfight and Wild West show at Hualapai Ranch. Visit Eagle Point and see the eagle-shaped rock formation from the Skywalk, explore Native American dwellings from several tribes, and enjoy cultural music and dancing. Then marvel at even more stunning West Rim views at Guano Point and peer down the canyon 4000 feet below. Arrive back at the terminal with a lifetime of memories from Grand Canyon West.

Time spent at the Grand Canyon

Ground duration for the rim tour is at the customer's discretion

Passengers check-in at the airplane terminal 30 minutes prior to the flight time. Then board and depart on the airplane for the aerial tour of the Grand Canyon.

Flight time is approximately 20 minutes with views of the Colorado River, Eagle Point, Guano Point and other points of interest in the Grand Canyon West.

Return to the terminal and receive a pass to enter the Grand Canyon West and start the rim tour. Stops include the Hualapai Ranch, Eagle Point and Guano Point.

At the ranch, see a town that replicates the Old West. Watch a cowboy gunfight and learn how to rope or quickdraw just like they did in the frontier times.

The enormous eagle-shaped rock formation is an incredible sight to see! Listen to the music of the Hualapai tribe and see cultural dancing while visiting Native American tribe dwellings.

After the self-guided tour, return to the terminal having experienced the Grand Canyon by air and by ground.